Do you write the names of animals in hiragana, katakana, or Kanji?Ive 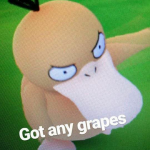 I’m trying to memorize the names of animals in Japanese. The ones that I see most often; like horse, dog, and cat, are written in Kanji. I’ve noticed that some animals are written in kana as well as Kanji. I’m wondering what the correct way of writing animals is. (Sorry if I’m being unclear. It’s four in the morning...)

I’ve noticed that some of the ones in Kana I’ve listed have Kanji. I’m so confused! >___<

Hi Desidearest! I was also actually wondering about the same thing but never did any research about it until now haha. So thank you for asking! This is what I got from the net;

If explained within the framework of Tinbergen's four questions: (don't take it much seriously)

The proximate explanation is, because it's a convention in the biological society. In academic field, every creature's name is written in katakana when it refers to a equivalent of a scientific name. It once was even required by law(though it didn't state explicitly to use katakana). Today, the practice is getting more and more popular, which I think because we do it extensively in the science class, that even people unrelated to biology prefer katakana for any plant or animal name.

The ultimate explanation is, it stands out in text. The original intention why biologists started to write them in kana, I guess, was they wanted to distinguish them from ordinary words, while Japanese writing doesn't have italics or Capital Letters. Interestingly, in the pre-WWII ages the academic documents were commonly written in mixture of kanji and katakana, so they used hiraganato render those terms. Nowadays we use hiragana for standard orthography, and katakana for foreign words. Since many plants and animals are innately written in katakana, it may be felt consistent to write all of them in the same way.

Note that not every situation is appropriate for katakana. Vegetables, meats and fishes in the store (as well as woods) are less likely to written in katakana. Generic words (fish, bird, mammal, or bear when you're talking about many bear species) are often left in hiragana or kanji. Advertisements prefer kanji, especially when they want it looks classy.

Hope this solves our problems haha. Enjoy your studies! 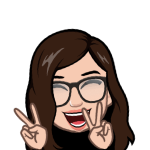 I see! So, it’s mainly whatever looks aesthetically pleasing, right? For the sake of simplicity, I should just write the names of animals in katakana and reserve Kanji for specific names or situations. I think I got it now! Thanks so much, Anji!

Is this the same reason why some “native-sounding” Japanese names are written in kana instead of Kanji?

For Japanese names, it's actually depends on the person. If someone did write their name in katakana, it could be a style thing to stand out. I once had a student who prefers to write her name in katakana instead of Kanji. When I asked her why, she said "because it looks cool". Though she never uses katakana when writing her name on test papers or when filling out important forms. It's maybe just her own preference. But I also do see many names that both work in Japanese and English like Ema, Ana, Sara, Arisa, Karen, Ami, Mari..and Maria. These names could be written in Kanji as well.

For animal names that have difficult kanji, people prefer writing the katakana because it's easier to read and write. For an instance, the kanji for pigeon is 鳩  but since it's too complex, especially for the kids, they just prefer to write it in katakana ハト instead. :)

Probably katakana because it's way easier than kanji. 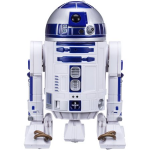 To post questions and learn Japanese, you'll need to become a user first. Get all access to our lessons and tools now!