Viewing fall foliage is a beloved tradition in Japan. The act of viewing the colorful fall leaves is known as momijigari (紅葉狩り, もみじがり). “Momiji” refers to red or color-changing leaves and “gari” means “to hunt,” so the term literally means “leaf hunting.” Japanese maple are the most popular for viewing due to their vibrant autumn colors. Leaf viewing is on par with cherry blossom viewing, known as hanami, in the spring. Forecasts are released prior to the autumn season so people known when and where to find the best colorful leaves, known in Japanese as kōyō (紅葉, こうよう). Unlike cherry blossom season, which is incredibly brief, the fall foliage sticks around for a long time in Japan. Leaves begin changing earlier in the season the further north you go. Hokkaido’s peak leaf viewing time is from mid-September to mid-October while southern regions like Kyushu have fall foliage all the way into December. Kyoto, however, is the most popular spot for viewing foliage. Northwest of Kyoto is Arashiyama, a mountainous region famous for its fall colors and bamboo forest. The best ways to view the fall leaves are by visiting the local temples, crossing the Togetsukyo Bridge, boating down the Hozugawa River, or riding on a scenic railway. 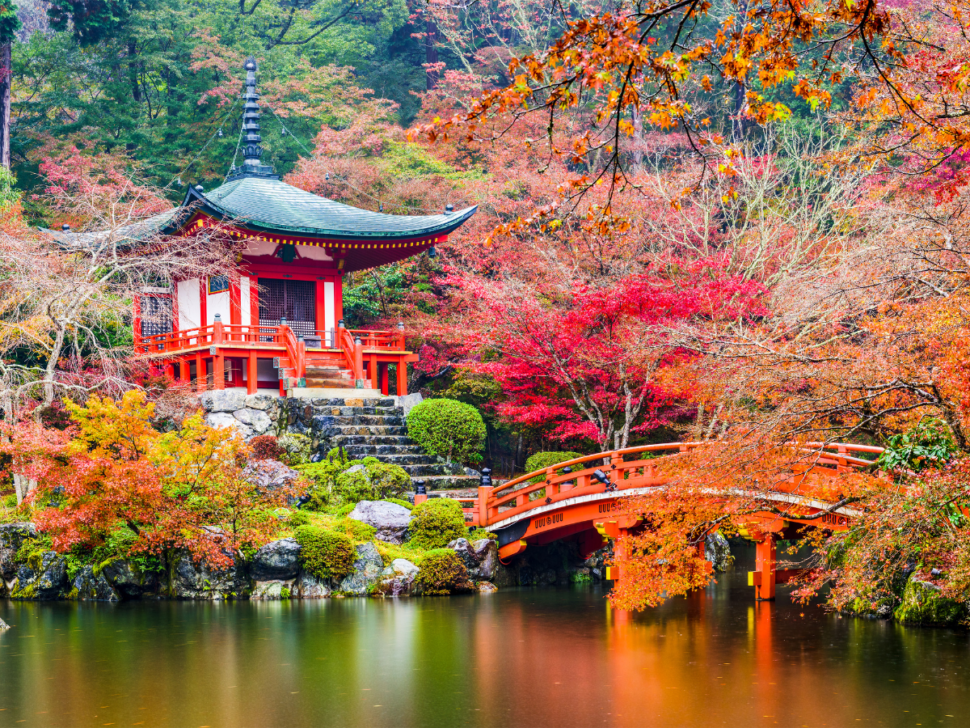 Another popular leaf viewing destination is Rikugien Gardens in Tokyo. The garden is famous for its fall foliage, which comes in vibrant orange and yellow hues. The most popular area is Nakanoshima, a small island in the garden’s pond. From mid-November to early December, the gardens stay open late and the trees are illuminated. With pretty lights and vibrant fall colors bouncing off the pond’s surface, it is a beautiful sight! 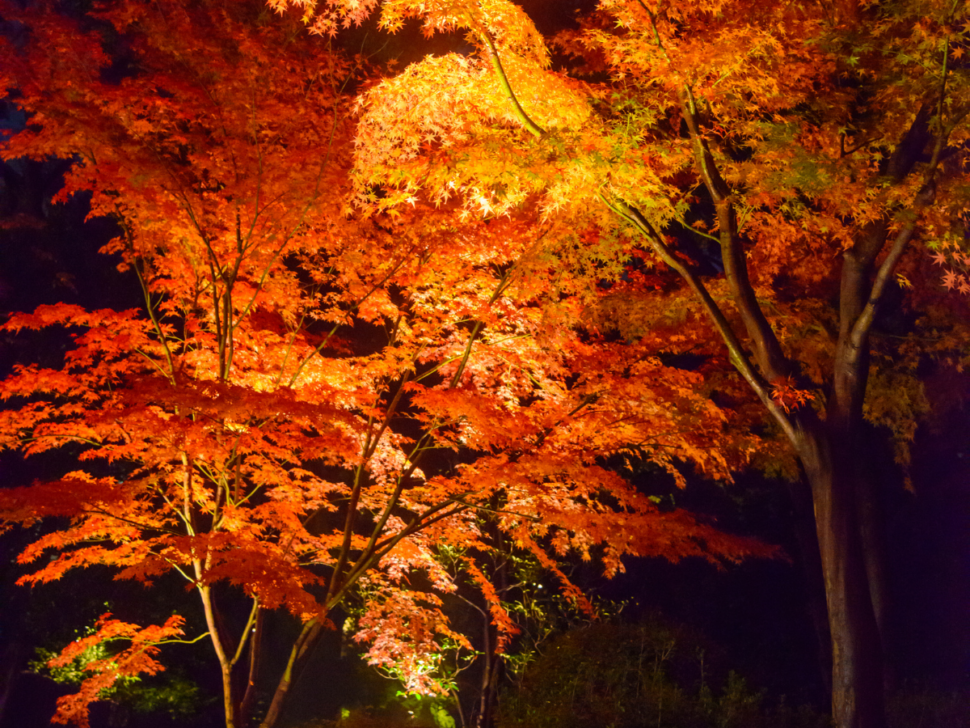 In the same vein as leaf viewing, hiking is especially popular during the fall months. Hiking allows people to immerse themselves in autumn’s beauty. Hikers can get up close to some amazing foliage and find some of the best autumn views. A majority of Japan is covered in forests, so there are likely to be excellent hiking trails regardless of where you go. However, two of the most popular autumn hiking spots are Mount Takao and Nikko. Mount Takao, also known as Takaosan (高尾山, たかおさん), is a sacred mountain located in Hachiōji in Tokyo prefecture, an hour west of Tokyo city. The mountain offers many hiking trails as well as cable cars to the top. The mountain is approximately 600m tall and offers stunning panoramic views at its summit. The mountain also features the Yakuoin Temple, a monkey park, and an onsen.

Nikko National Park is located in the city of Nikko in Tochigi prefecture. Nikko is home to three world heritage sites: Toshogu Shrine, Rinnoji Temple, and Futarasan Shrine. Toshogu Shrine in particular is famous for its lavish décor. All three of these temples are popular during the fall as they are surrounded by beautiful foliage. Nikko’s most iconic sight, however, may be the Shinkyo Bridge. This bright red, arched bridge doubles as an entrance to Nikko’s sacred shrines and temples. Due to its vibrant red color, the bridge looks particularly beautiful against the backdrop of autumn leaves. 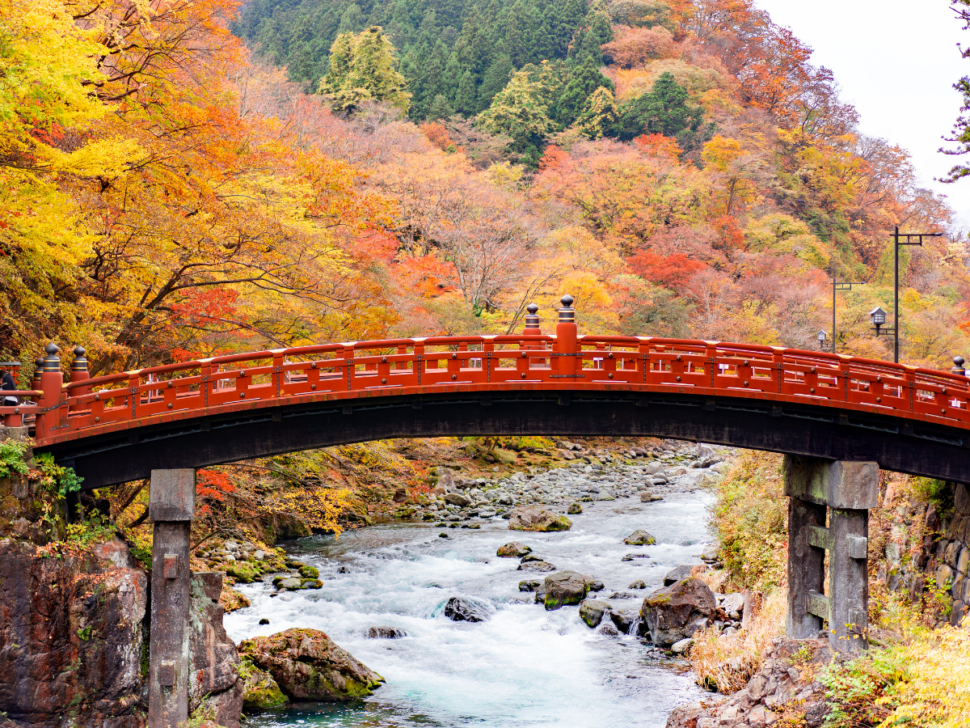 Leaves aren’t the only beautiful thing in nature during the autumn months. Like in the springtime, many people use fall as a time to admire the seasonal flowers. Some of the most popular autumn flowers in Japan are red spider lilies, cosmos, chrysanthemums, kochia, and the autumn rose. Red spider lilies are especially popular due to their unique petals and bright red color. The best place to see these flowers is at the Kinchakuda Red Spider Lily Festival in the city of Hidaka in Saitama prefecture. The festival goes on from mid-September to early October and boasts over 5 million red spider lilies! The kochia that bloom at Hitachi Seaside Park’s Miharashi Hill in Ibaraki are also a very popular attraction. These deep red bushes cover the park’s hills in their color, creating a breathtaking sight! 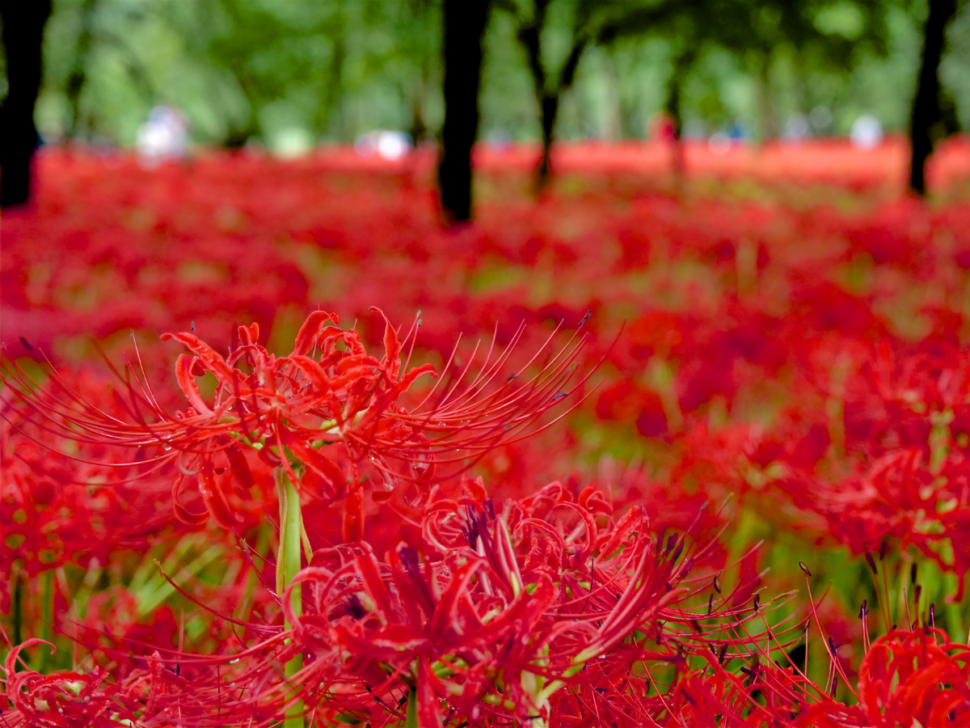 Festivals occur year round in Japan. During the fall months, they are referred to as aki matsuri (秋祭り, あきまつり). Matsuri are a great way to welcome in the fall season and cooler weather. Celebrate fall with fireworks, songs and dance, and warm festival foods like roasted sweet potatoes and chestnuts. Some of the biggest fall matsuri include Tsukimi (nationwide), Kichijoji Autumn Festival (Tokyo), Kishiwada Danjiri Matsuri (Osaka), Sapporo Autumn Fest (Sapporo), and Jidai Matsuri (Kyoto). 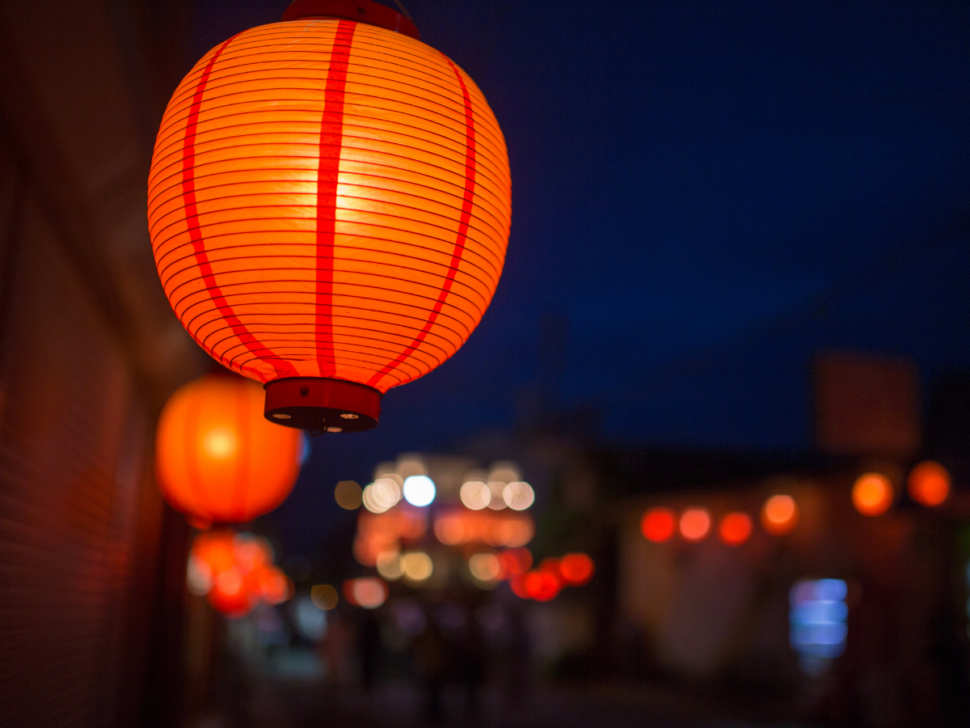 Halloween (ハロウィン) has been growing in popularity ever since it arrived in the 1990s. It was first officially celebrated in Tokyo Disneyland in 2000, and the rest of the country joined in on the fun. In Japan, trick-or-treating is not a common tradition, but people still take the opportunity to dress up in costumes. In fact, Halloween in Japan is a holiday geared more toward adults. On this day, people dress up in costumes and walk the streets in search of parties. Some of the best places to party include Shibuya Crossing, Roppongi, and Ikebukuro. The largest Halloween celebration in Japan is the Ikebukuro Halloween Cosplay Festival. One of the most popular Halloween traditions is “Halloween trains.” On Halloween, the normally quiet and organized train platforms and cars come alive with costumed partiers. This tradition began before Halloween officially landed in Japan. During the 1990’s, many expats got together to celebrate Halloween on the trains. The tradition has taken off and now train stations are packed with celebrations throughout Halloween night! 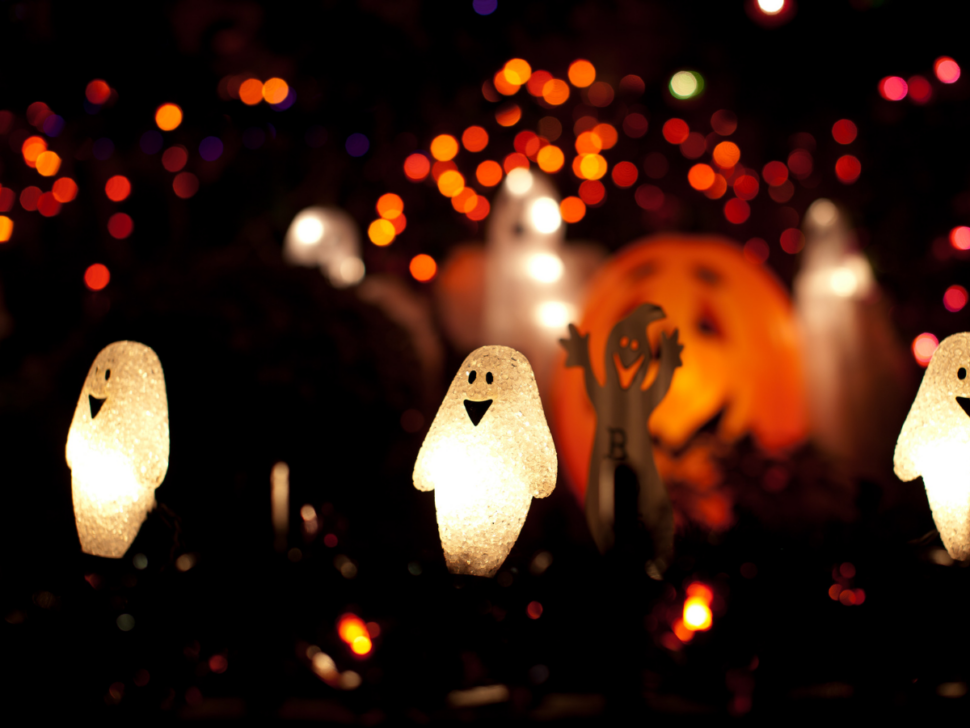 When you hear the word Oktoberfest you probably think of Germany. But did you know they celebrate Oktoberfest (オクトーバーフェスト) in Japan? And not only during the fall, but for several months out of the year! From April to October, it is common to find one or more Oktoberfests held somewhere in the country. They are mostly held in Tokyo throughout the year, however, the first Oktoberfest was held in Yokohama in the early 2000’s. Yokohama Oktoberfest still takes place during the fall, from the end of September to mid-October. Japan’s Oktoberfests are a celebration of German culture. They are based on the Oktoberfest in Munich, which is the largest in Germany. At Japan’s Oktoberfests, you can taste beer imported from Germany, eat traditional German foods like wursts, sauerkraut, and pretzels, and enjoy some German music and entertainment. As is traditional in Germany, visitors pay for a glass when they arrive. They can then refill this glass with as many drinks as they please. At the end of the festival, guests can either return the glass and get their money back or keep it as a souvenir! 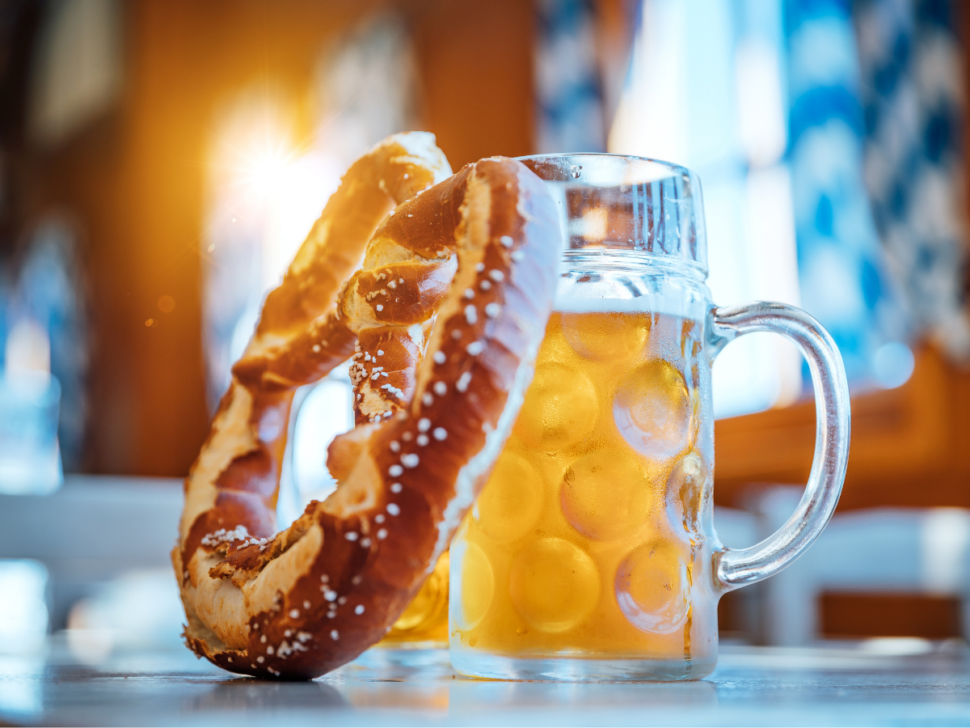 Fruit picking happens year round in Japan, but grapes and apples are the most popular to pick during autumn. Farms will open up to the public for a certain amount of time, depending on the harvesting time of the crop they produce. Then, visitors can come, pay a small fee (a few thousand yen), and pick their own fruit.

Grapes are harvested in Japan during the summer months all the way into late October or early November. The most popular type of grape in Japan is the kyoho, which is dark in color and sweet. The best producers of grapes are Yamanashi prefecture just outside of Tokyo and Nagano prefecture in the Chūbu region. 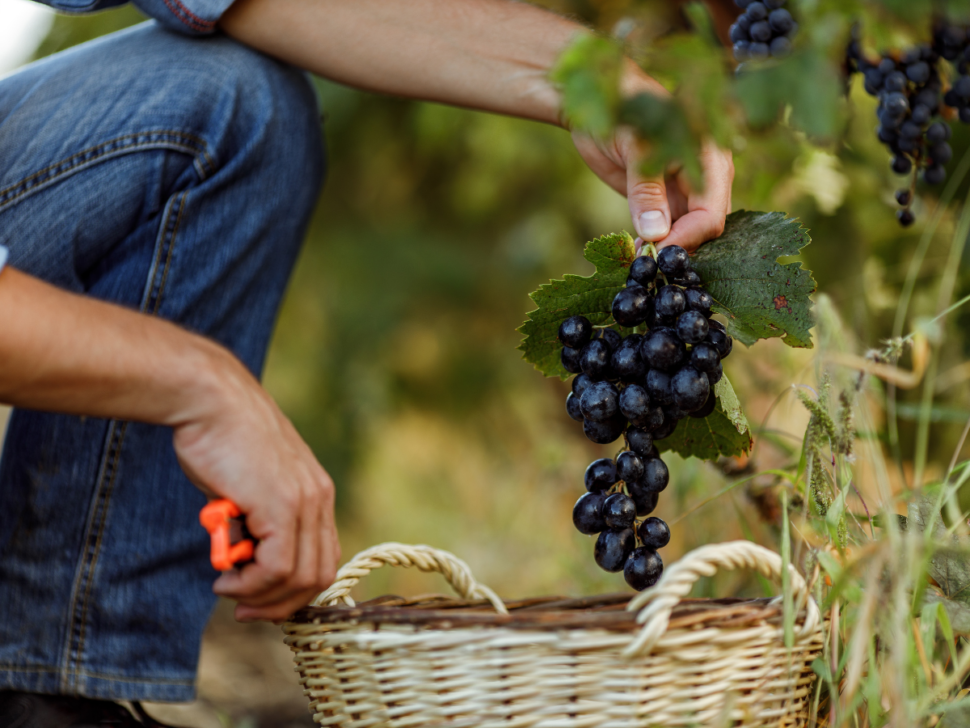 Apples are a symbol of fall all over the world because this is the time when they are harvested. Apples have a smaller harvest window than grapes, and can be picked from August to mid-December. As mentioned in our article on 12 Traditional Autumn Foods in Japan, Japan’s most popular apple by far is the Fuji apple. These apples come from Aomori prefecture at the northern tip of Honshu. Aomori is famous for its apples and is the most popular place to go for apple picking. Nagano is also a popular destination.

Chestnut gathering is another fun activity! Chestnuts are one of the main symbols of autumn in Japan, and they appear in many seasonal dishes. Like with fruit picking, farms will open their doors to the public, and guests can gather their own chestnuts. 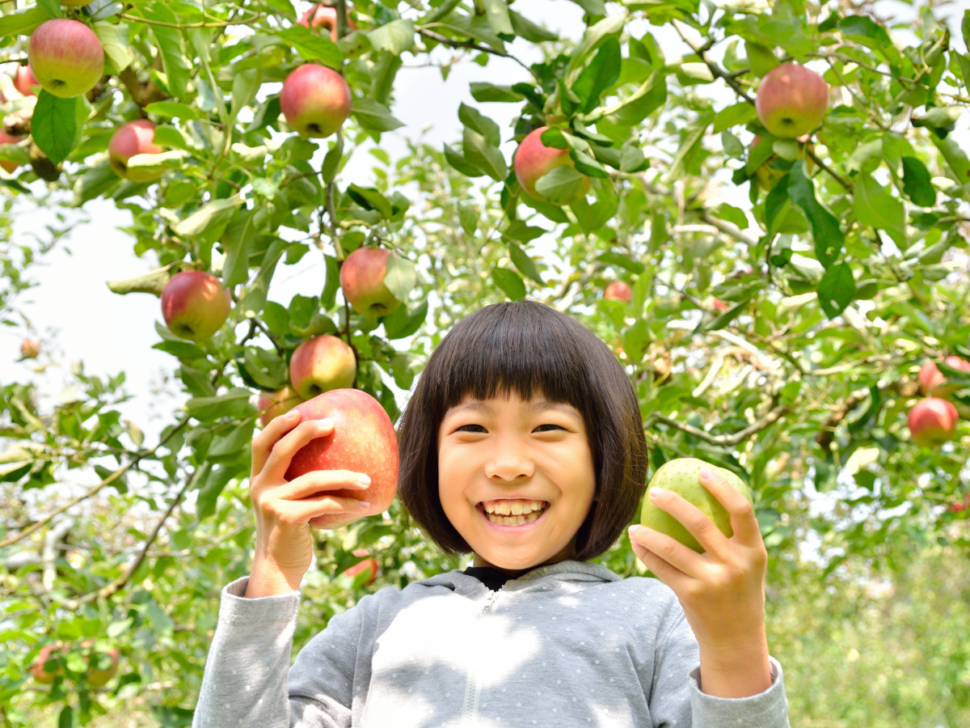 Speaking of chestnuts, a popular autumn dish in Japan is kuri-gohan (栗ご飯, くりごはん), which is made from chestnuts and black sesame seeds over white rice. As the temperature begins to drop and the weather becomes dreary, Japan’s comfort meals become more available. This includes kuri-gohan and oden (御田, おでん), a hot pot dish that is considered one of the best fall/winter comfort foods. Of course, ramen (ラーメン) and udon (饂飩, うどん) are also very common during the colder months. Additionally, there is nabe (鍋, なべ), which means “hot pot” and is similar to a stew, and nikuman (肉まん, にくまん), steamed buns filled with pork. Sweet potatoes (サツマイモ) are a popular treat at festivals since they are easy to transport and keep your hands warm! 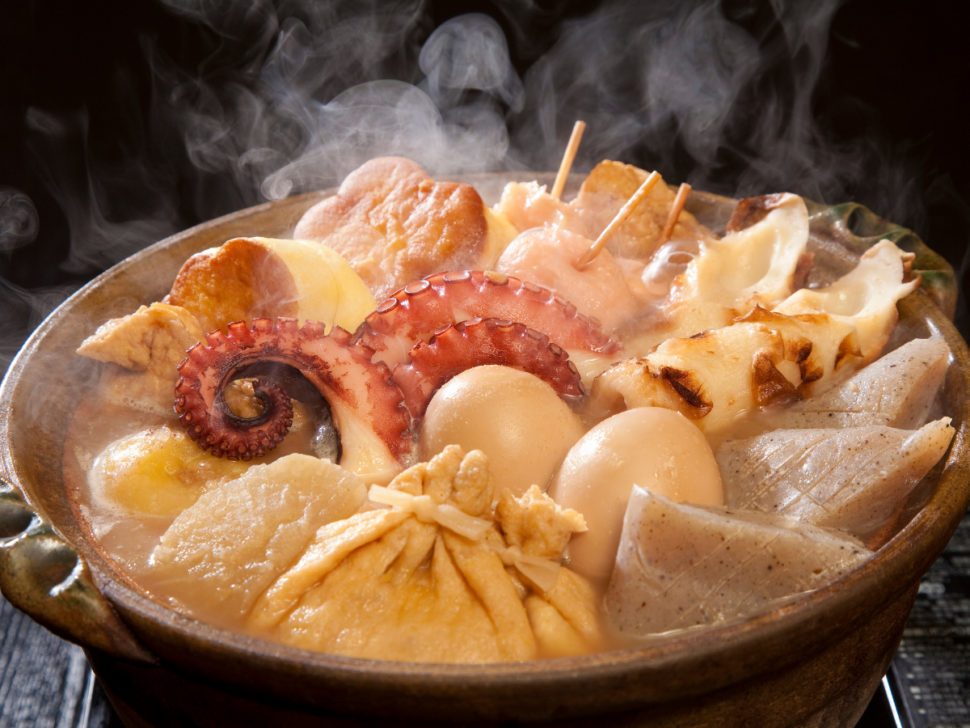 Fall is a lively time in Japan filled with many believed traditions. Which activity would you most like to do?